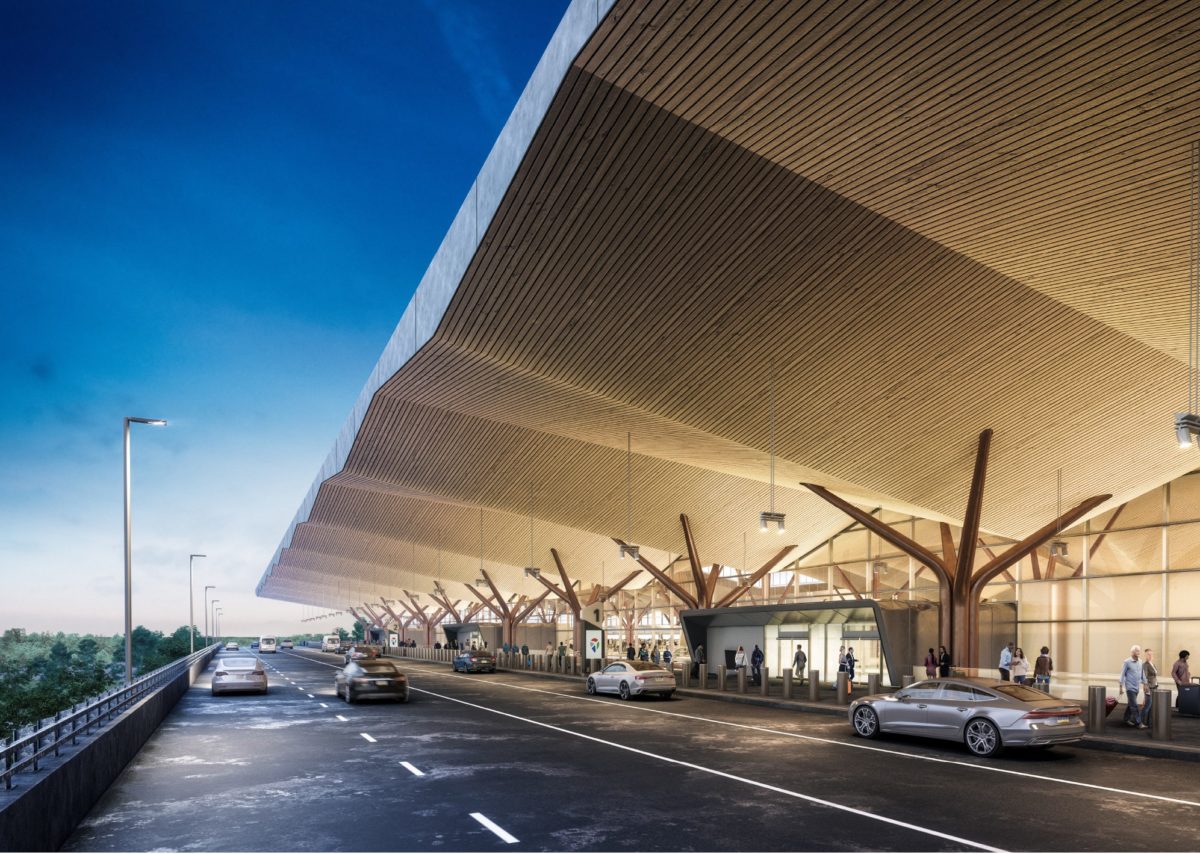 The latest bids for site prep work will clear the way for the billion-dollar TMP construction in 2020. (Renderings courtesy of Gensler + HDR in association with luis vidal + architects)

For employees, passengers and visitors, the Terminal Modernization Program is about to get very real.

Beginning this spring, passengers at Pittsburgh International Airport will see temporary construction walls, fencing and trailers going up around the airport, in preparation for the billion-dollar building project.

Crews will be making final site preparations before the start of heavy construction on the west ramp between concourses C and D this summer and fall, where the airport launched its first enabling project last year.

In construction jargon, enabling projects prepare a site for the heavy construction to follow. More than 100 potential bidders attended a Jan. 15 meeting to get information on the program’s second such project, an estimated $15 million to $16 million worth of site prep work, which has not been awarded yet. As part of the early site access bid package, crews will:

“The impressive turnout at the pre-bid meeting indicates the tremendous interest in this program in the region as well as the potential for competitive bids,” said Perfecto Solis, executive program manager. “This early site access package is the critical link that allows us to be able to do the heavy construction scheduled for later this summer.” 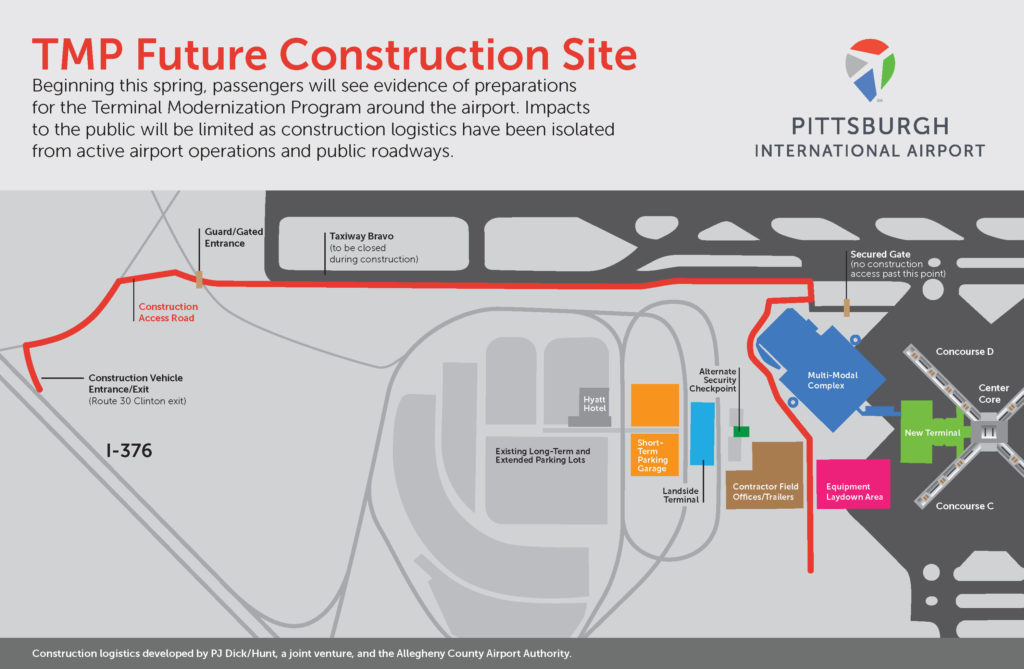 Because the Airport Authority’s goal is to limit construction impacts for passengers and employees, officials will isolate the construction site from active airport operations and public areas. To do that, the airport is working closely with the FAA and other stakeholders to close a taxiway from July 2020 through fall 2023.

“First and foremost, we’re an operating airport, but we also recognize that we’re embarking on a major capital program that needs to remain on schedule and on budget,” Solis said. “We have established our main construction haul route off the Route 30 (Clinton) exit on I-376 and along Taxiway Bravo, so that we can have a dedicated access point to bring in the heavy trucks and equipment, cranes, beams, etc., away from airport infrastructure and off of public airport roadways.”

Still to come in 2020 are bid packages for the new terminal and multi-modal complex’s deep foundations, structural steel, exterior building enclosures, vertical transportation systems, new baggage handlings system, new roadway construction, interior construction, building signage, landscaping and more. In fact, about 90 percent of the major construction packages associated with the TMP are expected to be bid out by the end of the year.

All of which makes for a busy and exciting year, said Chief Development Officer Paul Hoback. Among the key milestones: completion of design development (60 percent design) in March, groundbreaking this spring, and the start of major construction activities this summer and fall.

“There is an incredible amount of collaboration and planning that has gone into the program over the past three years, and the culmination is the start of construction this summer, so this is a key enabling project to really set the stage,” he said.

Bids for the early site access package will be opened and awarded in February. For the most up-to-date information on the Terminal Modernization Program, visit www.pittransformed.com.