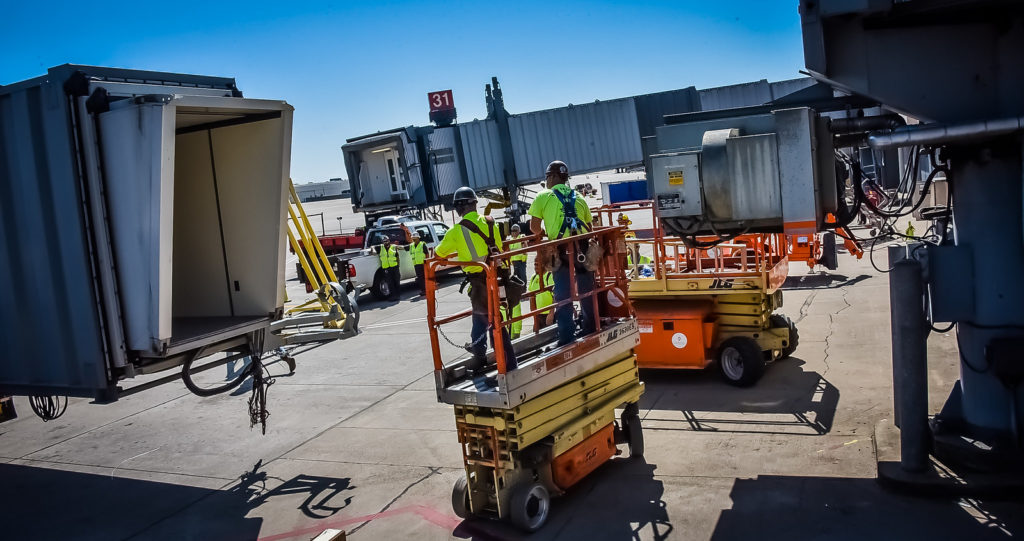 Crews work to relocate a jet bridge at Pittsburgh International Airport in May (Photo by Beth Hollerich).

PITTSBURGH — The multi-year effort to transform Pittsburgh International Airport – the Terminal Modernization Program – took its first steps this week by seeking bids for the first of many “enabling projects,” which clear the way for construction.

All active airline and aircraft operations on those gates were relocated by May, and geotechnical work on the site, including drilling and soil sampling, is underway.

“The release of this bid package is the first of many for the Terminal Modernization Program, and it is a major accomplishment for our team and region,” said Paul Hoback, chief development officer for the Allegheny County Airport Authority.

“We look forward to taking this important step toward transforming Pittsburgh International Airport for future generations.”

Four of the 12 jet bridges will be used at gates on Concourse B. The others will be salvaged or sold to other airports.

Bids for the project are due on July 17 and the Airport Authority hopes to award the contract in August. Work is expected to begin in early October, timed to coordinate with the groundbreaking ceremony for the Terminal Modernization Program on Oct. 8.

Additional enabling projects, expected to be bid and awarded through March 2020, include capping the aircraft hydrant fueling system that runs beneath the construction site, and preparing construction site access for crews and equipment to enter and exit.

The new terminal and complex are expected to open in Spring 2023.